VOLCANOS AND LIFE ON CABO VERDE

“The volcano gives and takes” – Paulo

The volcanic islands of Cabo Verde started forming 20 million years ago. Since then, the archipelago has kept growing and changing. Although most of the volcanic activity on the islands is not visible, Pico do Fogo shows activity. The last eruption in Pico do Fogo in 2014-2015 destroyed many livelihoods and infrastructure. However, the new volcanic land created provides prospect fertile soils for agriculture. Thus, volcanism highly impacts life on Cabo Verde and can affect the marine ecosystem as well.

How old are the Cabo Verde islands? 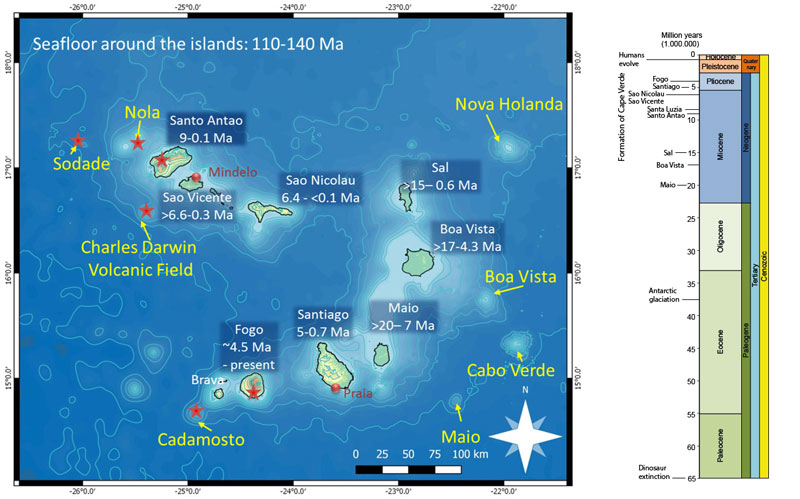 In Geology we talk about processes that occurred billions, millions and thousands of years ago, while a human time scale usually covers periods of centuries and decades or years.

While the earth formed 4,6 billion years age, the islands of Cape Verde only started forming 17 million years ago. Hence, Cape Verde is a very young land with only 0,4 % the age of the earth. The Cape Verde islands have been inhabited for less than 600 years, which is only 0,00003 % of the time since they formed. 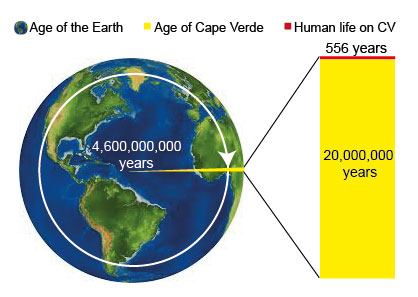 How do mountains and hills grow in Cabo Verde?

Mountains and hills in Cabo Verde grow through volcanic activity. In the archipelago, we mainly find stratovolcanoes in association with cinder cones. A stratovolcano consists of alternating layers of pyroclastic materials (ash and lava fragments) and lava flows.

While a cinder cone consists of alternating layers of only pyroclastic materials and the lava flows beneath the cone. Stratovolcanoes built up from several eruptions over a long time, cinder cones are smaller and grow in few single eruptions.

Pico de Fogo (Fogo) is an example of a stratovolcano.

The youngest volcanoes in Calhau (São Vicente) are cinder cones.

What happens when lava enters the sea?

When lava enters the sea, it cools and solidifies rapidly, and releases acid gases and heat. These processes can affect marine ecosystems at both small and large scale. Additionally, the new volcanic layer provides nutrients and new ground for marine organisms. 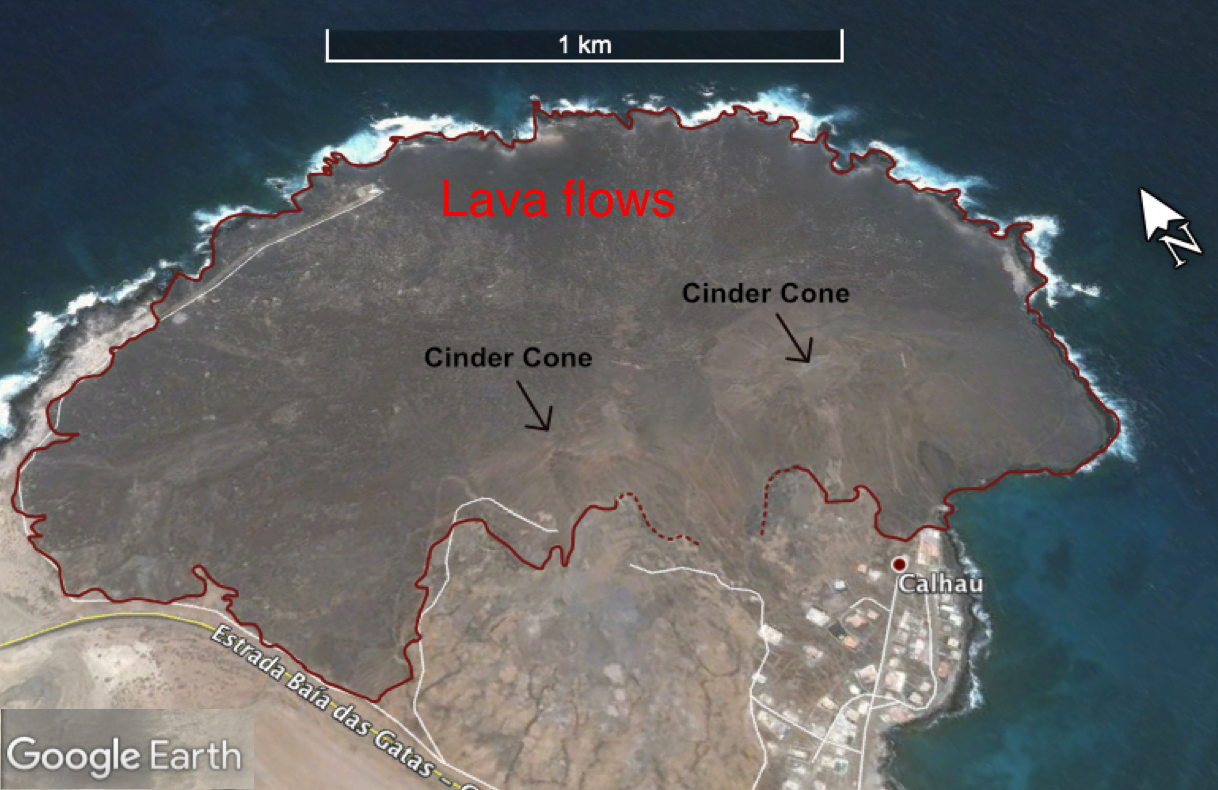 How does volcanism affect life on Cabo Verde?

The volcanic land of Cabo Verde provides fertile soil for agriculture. Alternations of volcanic pyroclasts and lava flows can favor groundwater storage. Additionally, the volcanoes of Cabo Verde attract geotourism, which is a source of income for many Cabo Verdeans.

On the other hand, volcanic eruptions can destroy livelihoods and infrastructure, like the 2014-2015 eruption of Pico do Fogo (Fogo). Despite the high chance of further eruptions, many inhabitants of Chã das Caldeiras (Fogo) choose to stay and rebuild the village due to the fertility of the land. 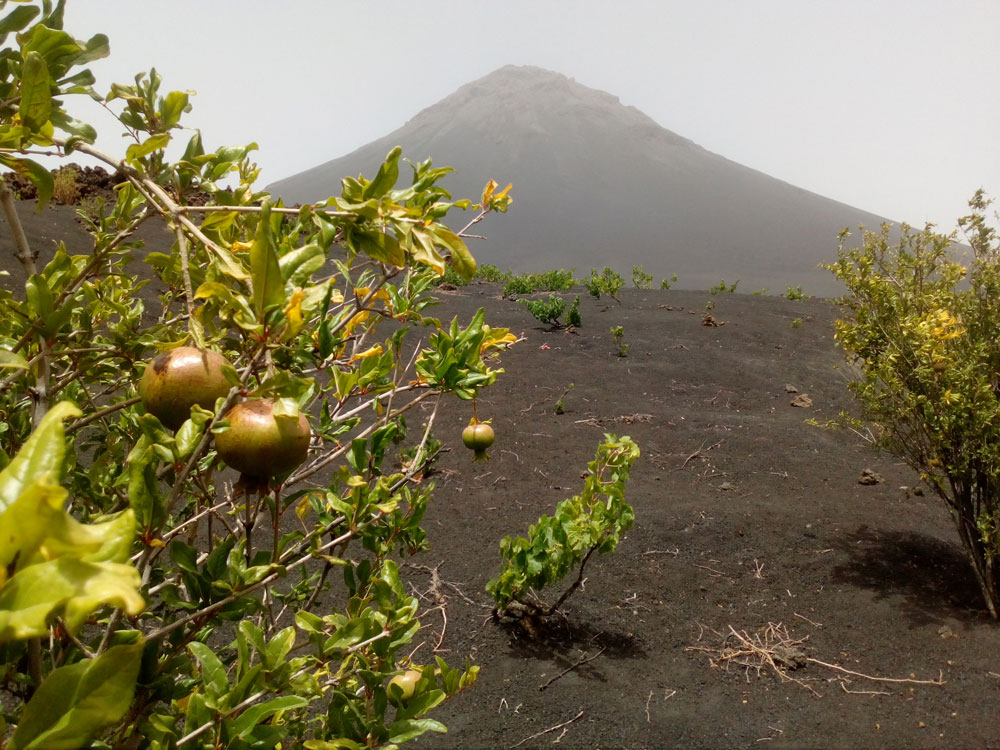 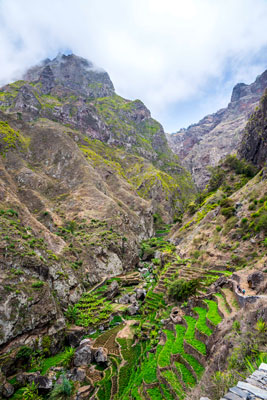 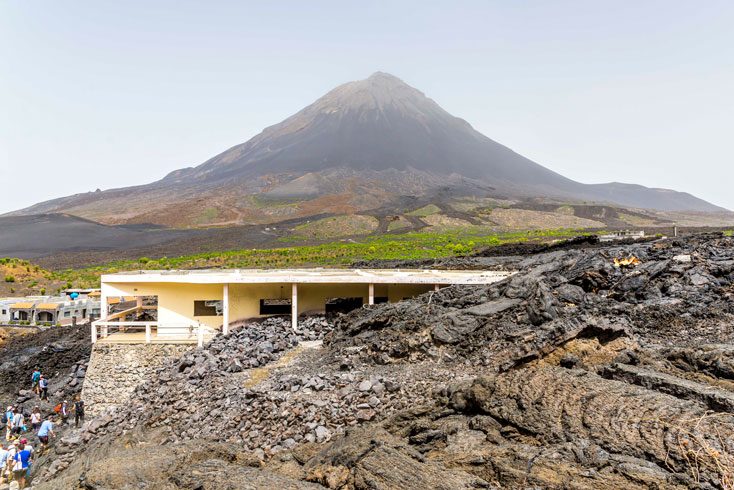 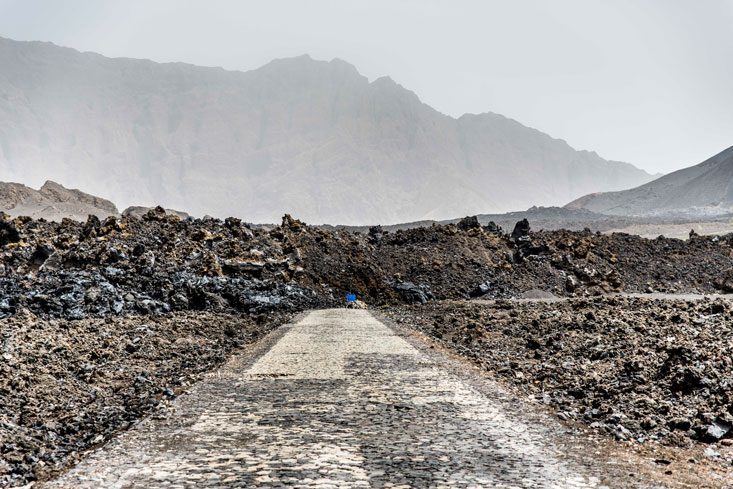